The majestic history behind the Emirati Flag

Know everything about the official flag of the UAE 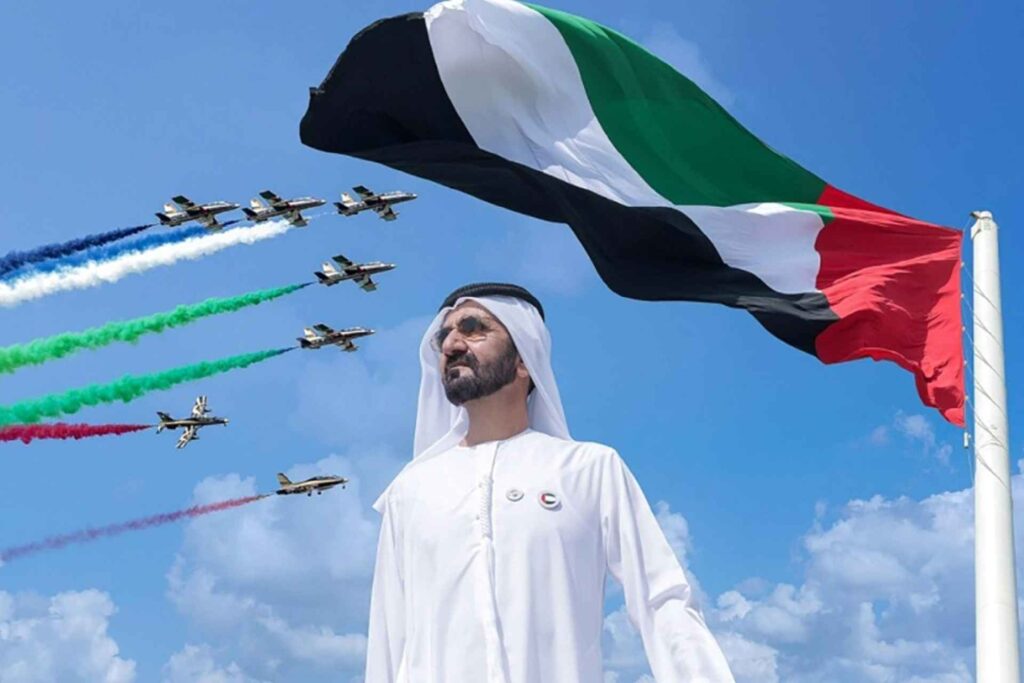 A country’s flag is its identity. It represents the past, present and the future of a nation. The Emirati Flag has a unique place among the Arab nations for its vibrance and representation. Let’s learn a bit about the Emirati Flag today.

The history of the Emirati Flag begins in 1820 when Abu Dhabi, Ajman, Ras al-Khaimah, Sharjah and Umm al-Quwain , then independent regions signed a truce with the United Kingdom to form a united front.

Over the years (between 1825-1952), Dubai, Kalba and Fujairah, which was not recognizes as an emirate earlier also joined the alliance.

The United Arab Emirates (UAE) took shape in 1971 when Trucial states (regions who formed truce with the UK) joined together to create a united independent country.

The Emirati Flag is heavily influenced by the flags the respective emirates have, which in turn were based on their relationship with Hinawi or the Ghafiri tribal confederations.

Mr. Abdullah Mohammad Al Maainah, a young Emirati who was working at the UAE Foreign Ministry designed the flag as part of a competition which saw more than 1000 entries. It is said that Mr. Al Maainah didn’t know that his design was selected until the flag was hosted for the first time.

The Emirati Flag has four colours; green, red, white and black. These are commonly known as Pan-Arab colours as they represent a specific Arab dynasty, or era.

Red: The colour red signifies toughness, bravery, strength and courage. When used as a vertical band, the colour symbolizes binding everything together in unity 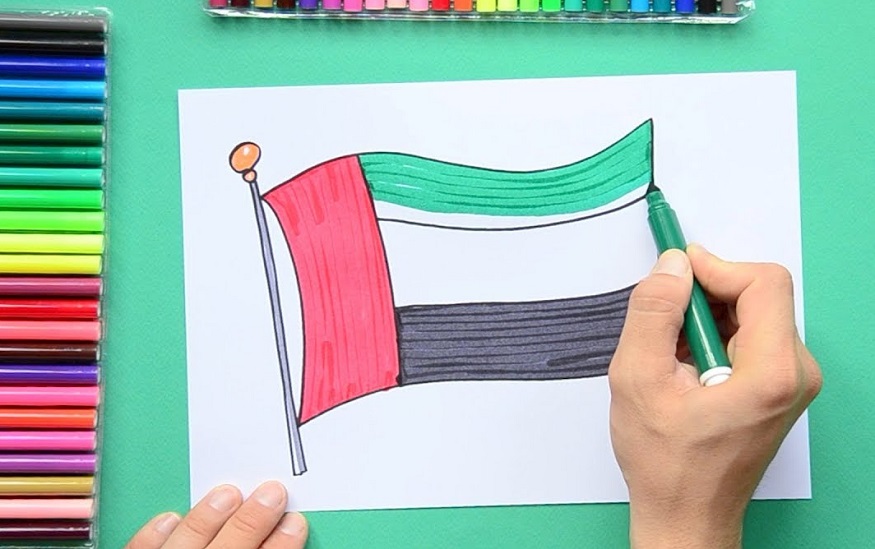 Green: The colour green represents optimism, hope, joy, and love. It also stands for prosperity of the country.

White: The purest of all colours, White stands for peace, honesty, purity and clean nature.

Black: The colour black represents the conquest over enemies and strength of mind.

The Emirati Flag is twice as long as its width (Ratio 1:2). When placed horizontally, the colour Red occupies 25 percent of the vertical space with other 3 colours equally represented, each having 33.3 percent space as horizontal bands on the flag. 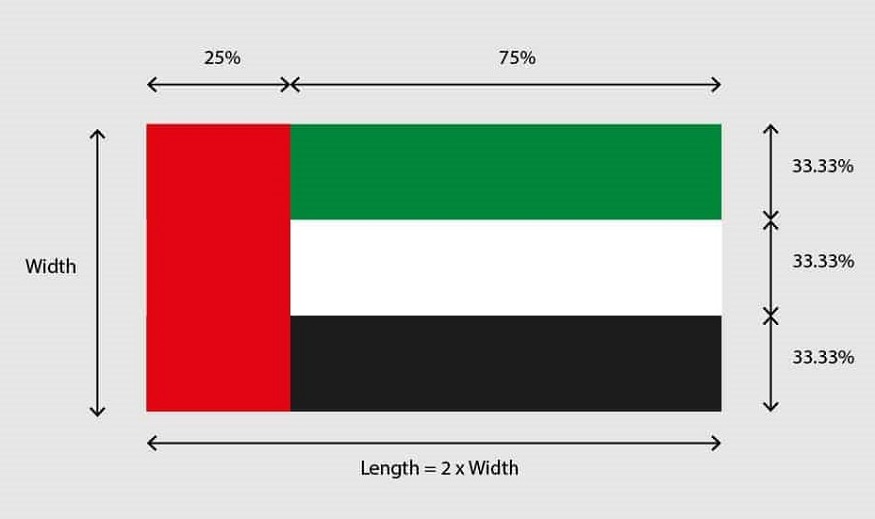 The Emirati Flag is always hosted horizontally with colour Red near to the mast.

FLAG OF THE 7 EMIRATE

DO NOT USE THE EMIRATI FLAG IN THE FOLLOWING WAYS 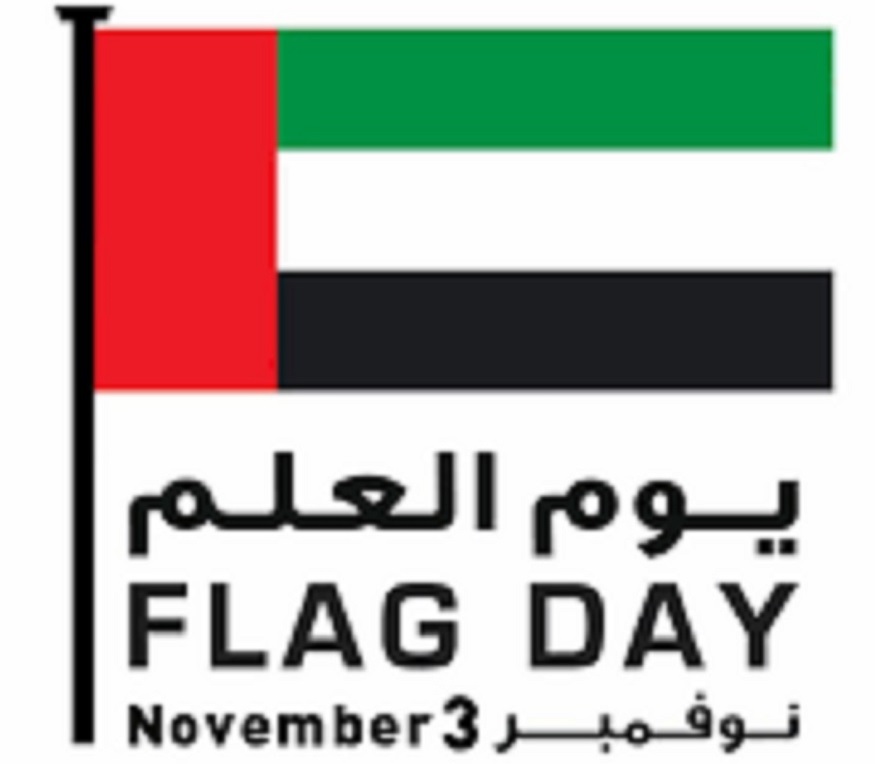 Every Year, Emiratis celebrate the UAE FLAG DAY on the 3rd of November to mark the anniversary of His Highness Sheikh Khalifa bin Zayed Al Nahyan becoming the UAE President.