The Festival is organized is by the Abu Dhabi Arabic Language Centre (ALC), a division of Department of Culture and Tourism Abu Dhabi. 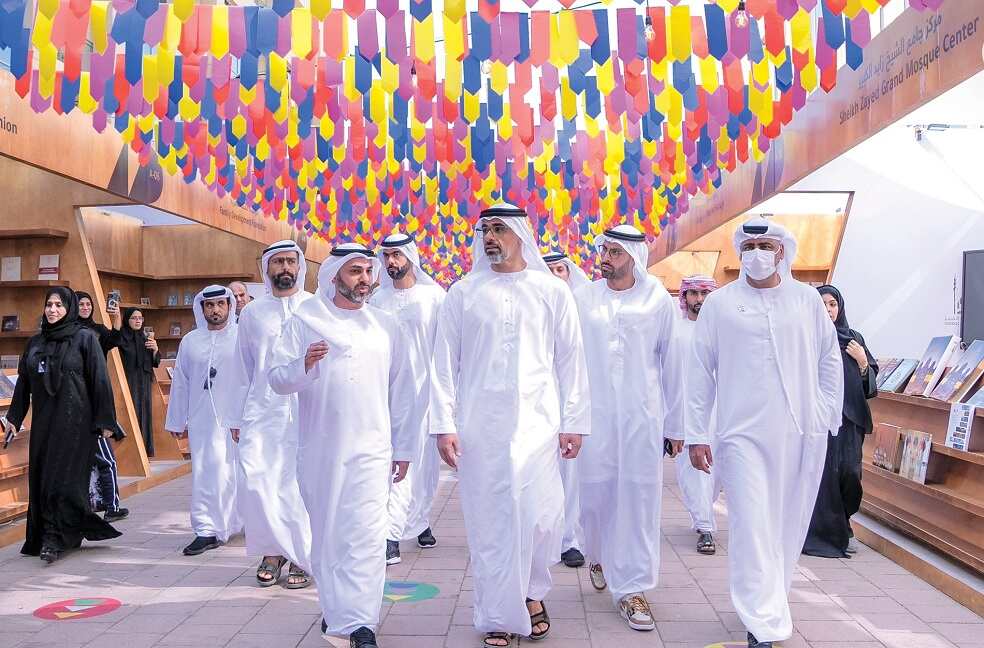 Mr. Zayed Al Nahyan spoke about some of the most recent literary works that are enhancing the local and regional cultural scene while touring various pavilions and publishing houses that are taking part in this year’s exhibition. Mr. Saif Saeed Ghobash, Secretary General of the Abu Dhabi Executive Council, Mr. Mohamed Khalifa Al Mubarak, Chairman of the Department of Culture and Tourism Abu Dhabi (DCT Abu Dhabi), and Mr. Saood Al Hosani, Undersecretary of the DCT Abu Dhabi, were in attendance with the Chairman.

Al Ain Book Festival is organized by the Abu Dhabi Arabic Language Centre (ALC), a division of DCT Abu Dhabi. This year’s theme of the Festival is “All Eyes on Al Ain.” The event, which is held at five locations all across the city, including Hazza bin Zayed Stadium, enhances Al Ain’s status as a regional centre of culture and creativity.

The Al Ain Book Festival offers a schedule of cultural events, live performances, literary seminars, and readings. The Festival has also hosted the first Kanz Al Jeel Award, which honours writers, artists, and researchers whose work emphasises the rich tradition of Nabati poetry as part of broader initiatives to conserve and advance the Arabic language.