65 delegations from sports federations and organizations from around the world are in attendance at the event. 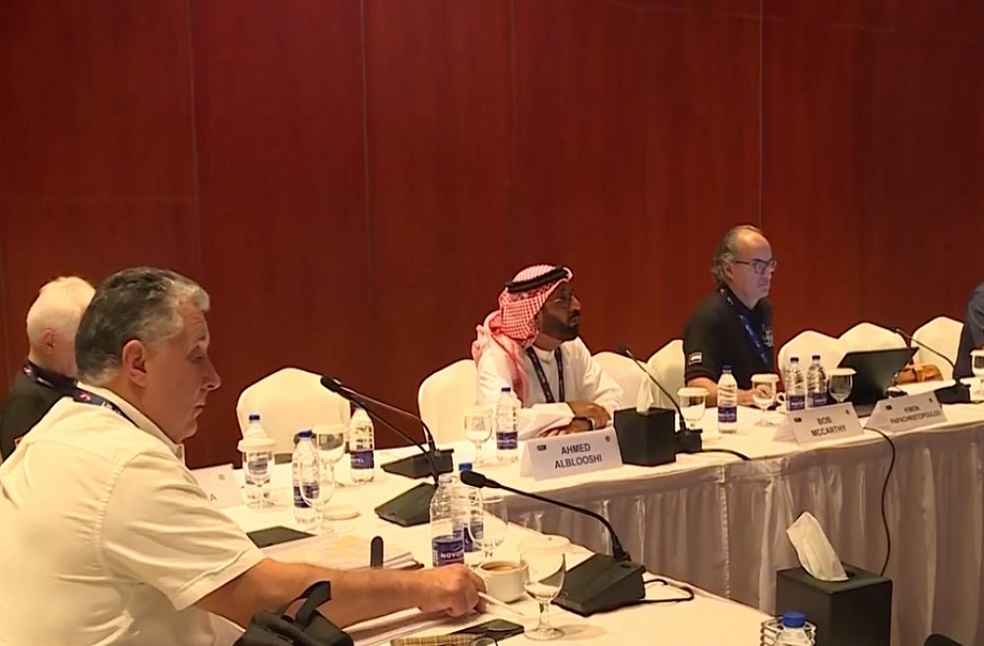 Fujairah: The representatives of the international federations for marine sports have praised the UAE for its exceptional role in hosting numerous important athletic events, especially marine sports.

The officials spoke at the 95th General Assembly Meeting of the international governing body of powerboating, Union Internationale Motonautique (UIM), which started began on the 16th of October and will conclude on the 23rd at the Fujairah International Marine Club under the leadership of H.H. Sheikh Mohammed bin Hamad bin Mohammed Al Sharqi, Crown Prince of Fujairah.

65 delegations from sports federations and organizations from around the world are in attendance at the event.

According to Mr. Thomas Kurth, Secretary General of the UIM Union, the UAE has demonstrated great leadership in planning and hosting significant sporting events and activities, citing its exceptional experience in providing the ideal setting and infrastructure for hosting international events.

The UIM Union Secretary General praised the UAE for its interest in, commitment to, and establishment of maritime sports academies.

Mr. Robert Oliver Haire, Chairman of the Powerboat Association of Northern Ireland, lauded the Emirate of Fujairah for organizing the General Assembly Meeting, offering all required facilities for the participating representatives, and the function of the Fujairah International Marine Club in assisting the Federation’s programs.

Ms. Denise Preece, President of the New Zealand Powerboat Federation, emphasized her desire to attend the General Assembly meeting in the UAE, with the intention of working together to achieve the expected goals in light of the suitable and supportive environment in the Emirate of Fujairah in supporting marine sports and putting a special prominence on the youth category.

The Secretary of the Federation Belgian Motonautique, Mr. Jean Marie Van Lancker, stated that the Emirati population always offers various forms of support and help and that the UAE plays a notable role in the marine sports industry. Mr. Van Lancker continued by saying that the attendees of the General Assembly are delighted to be in the Emirate of Fujairah to commemorate the Federation’s golden jubilee.

LIFESTYLE: WHAT MAKES AN EMIRATI WEDDING SO SPECIAL?