The media professional said that the congress provides the opportunity for Arab and international ideas to meet. 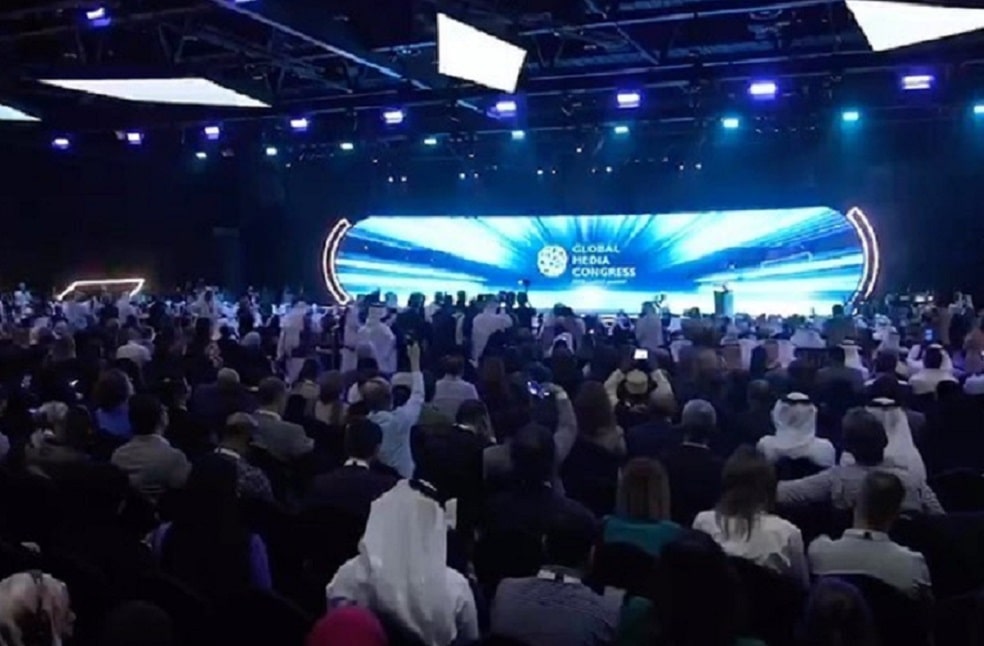 Abu Dhabi: Ms. Mona Al Marri, Vice Chairperson and Managing Director of the Dubai Media Council and Director-General of the Government of Dubai Media Office, stated that the UAE has a government and leadership with a strong vision of future. Ms. Al Marri also noted that all initiatives across various sectors, including the media, are proactive and have an impact on the present as well as the future.

In a statement given to the Emirates News Agency (WAM) during the Global Media Congress (GMC) in Abu Dhabi, the Director General stated that the congress is a successful step that emphasizes integration within the UAE and provides a platform for forming new alliances and bringing views from the Arab and international media closer together.

Ms. Al Marri also praised the GMC’s planning and the variety of topics covered in its sessions, from the Innovation Lab to sessions that explore regional media and government communication and relevant investment, research, and studies. To the Director General, the Global Media Congress is a special chance to encourage the next generation to see various media platforms.

The media official also noted that the media industry is the primary driver of the nation’s economic and development plan emphasizing the several types of assistance available to encourage young people to produce creative content.

According to the Managing Director of the Dubai Media Council, the UAE has developed into a role model for sharing information and experiences because the nation always strives for wealth and advancement in the global race.

Ms. Mona Al Marri is the Director General of the Government of Dubai Media Office since 2012.