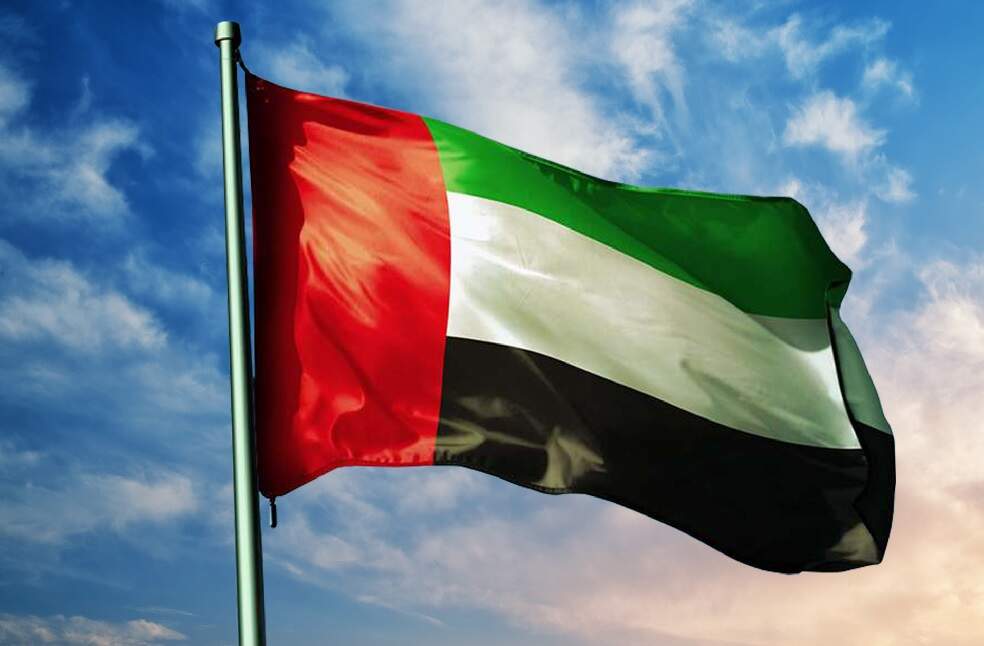 “On Flag Day, we recall our leadership’s cohesion under the UAE flag, remembering the late Sheikh Zayed bin Sultan Al Nahyan, the Founding Fathers of the nation and the late Sheikh Khalifa bin Zayed Al Nahyan, whose great efforts and sacrifices led to our nation’s development journey,” the Deputy Prime Minister further added.

A number of prominent officials, including Ahmed Mohamed Al Hameeri, Secretary-General of the Presidential Court, Sheikh Mohammed bin Hamad bin Tahnoun Al Nahyan, Advisor for Special Affairs at the Ministry of Presidential Court, and Ahmed Juma Al Zaabi, Advisor to the UAE President, were also present on the occasion.

Celebrated on the 3rd of November every year, the UAE Flag Day commemorates Sheikh Khalifa bin Zayed Al Nahyan’s ascension as UAE President in 2004.  In order to honor the nation’s past, present, and future, Sheikh Mohammed bin Rashid Al Maktoum launched the national campaign in 2013.

The flag, which was created in 1971 when the UAE was formed, is a source of pride for Emiratis. The colors are classic pan-Arab shades, each with its own symbolic meaning.

White symbolizes the nation’s philanthropic efforts as well as peace and honesty, while black symbolizes the strength of the mind. Red stands for strength and courage as well as the sacrifices made by earlier generations. Meanwhile, Green signifies hope, joy, and prosperity.