Lionel Messi took Argentina to lead in the 34th minute with his third goal of the competition and ninth goal overall in the World Cup, topping late Argentina star Diego Maradona by one. 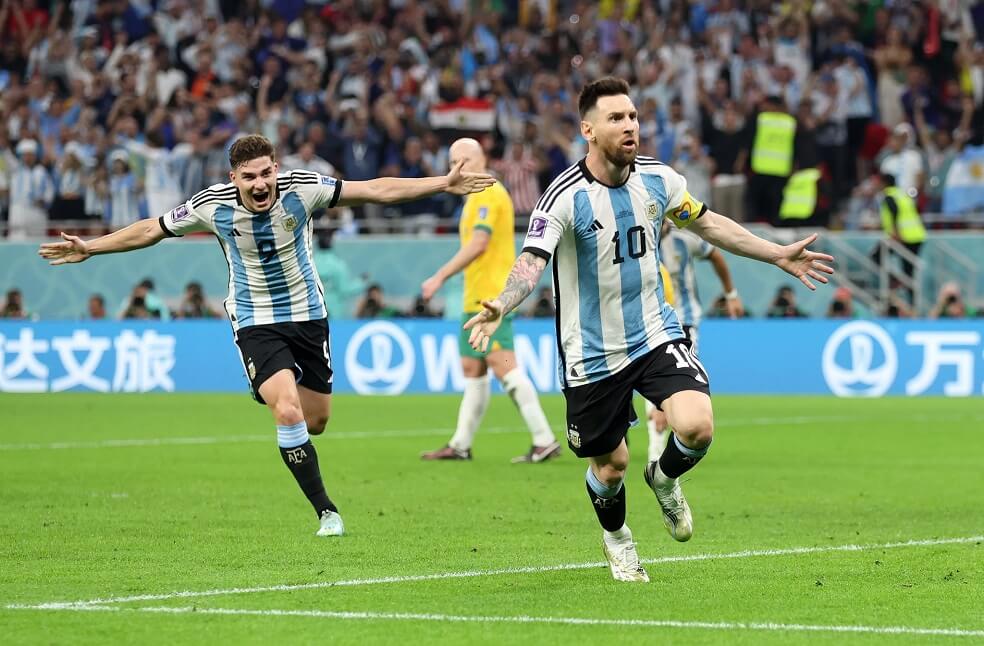 Qatar: Lionel Messi scored his 1,000th career goal with Argentina’s first goal in the World Cup elimination round, leading the team to a 2-1 victory over Australia.

The 35-year-old gave Argentina the lead with his third goal of the 2022 World Cup and ninth goal overall in his total World Cup matches, topping late Argentina star Diego Maradona by one.

In the 34th minute, Messi scored Argentina’s first goal of the game with a flourish of his legendary left foot to take the lead. Aziz Behich was challenged by Messi when he was closing in on the opposing defence. The move rattled both Messi and the defender, leading to a confrontation.

Shortly after, out of frustration, Behich gave away a wide free kick. Messi’s pass was blocked, but as he shuffled his way inside, the ball was sent to Mac Allister, whose pass was then diverted by Otamendi back into Messi’s path.

Argentina scored two to advance to the quarterfinals against the Netherlands owing to a goal from Julian Alvarez, who pounced on a heavy touch by Australia goalkeeper Mathew Ryan.

Australia scored a goal at 77th-minute when Craig Goodwin’s shot deflected into the net off Argentina midfielder Enzo Fernandez. Garang Kuol had an opportunity to bring extra time in the final minutes of the match amid late pressure from the Australians, but Emi Martinez of Argentina blocked his attempt.

This match was far more challenging for Australia’s squad of unheralded footballers, who have exceeded all expectations by making it to the knockout round. Australia also lost in the last 16 in 2006 to eventual champions Italy.

Argentina will face Netherlands, who has defeated USA in the Round of 16, in the quarterfinals.