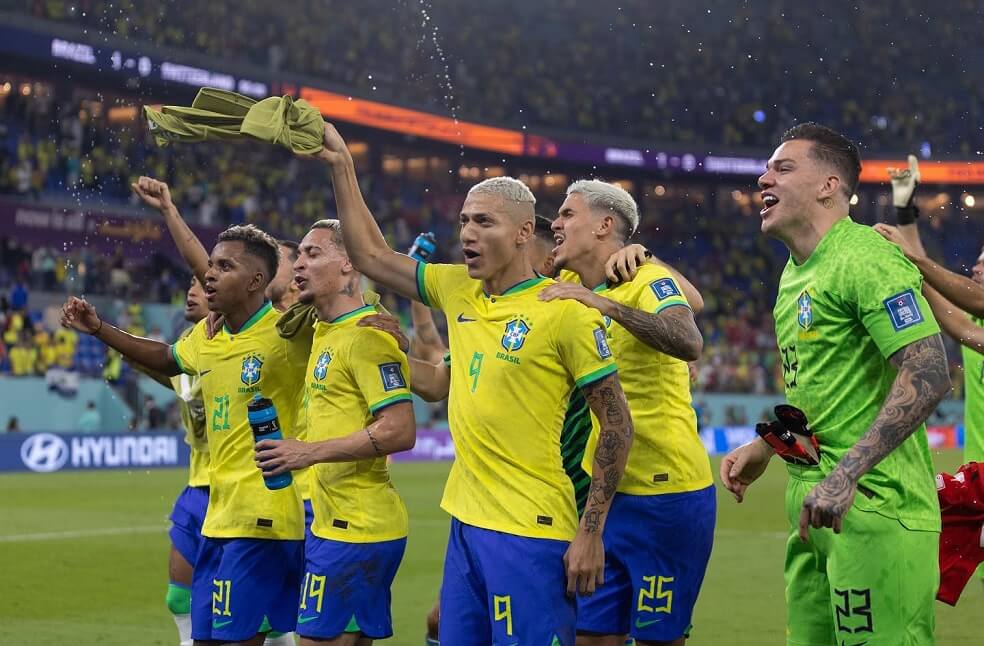 Qatar: The five-time champions Brazil were stunned by the underrated African team Cameroon in their final group match of the FIFA World Cup 2022. Cameroon has also become the first African country to beat Brazil in a World Cup with a 1-0 win at Lusail Stadium.

Vincent Aboubakar scored the game-winning goal during injury time. A minute later, he was dismissed for receiving a second yellow card for taking off his shirt in celebration.

However, Cameroon’s win over Brazil did not change the fate of the two sides.

Brazil’s second string controlled the match after coach Tite made up to nine lineup changes. Despite making 21 attempts and having 65 percent of the ball, the team failed to score.

There was no visible attacking threat from the part of Cameroon until the first-half injury time, when Nicolas Moumi Ngamaleu’s cross was met with a powerful downward header by Bryan Mbeumo. But Ederson skillfully swiped the ball away one-handed at full stretch.

Vincent Aboubakar scored the winning goal at the 92nd minute when everyone expected a draw climax to the game.

However, the defeat from Cameroon does not affect the group G champion position of Brazil team. The five-time World Cup Champions, who has already qualified for the round of 16 with their two previous wins, finished as the Group G topper with six points, topping Switzerland, who defeated Serbia (3-2) in the other group match, on goal difference.

Cameroon ended up with four points and is placed third in the group. Serbia ranked last with just one point.