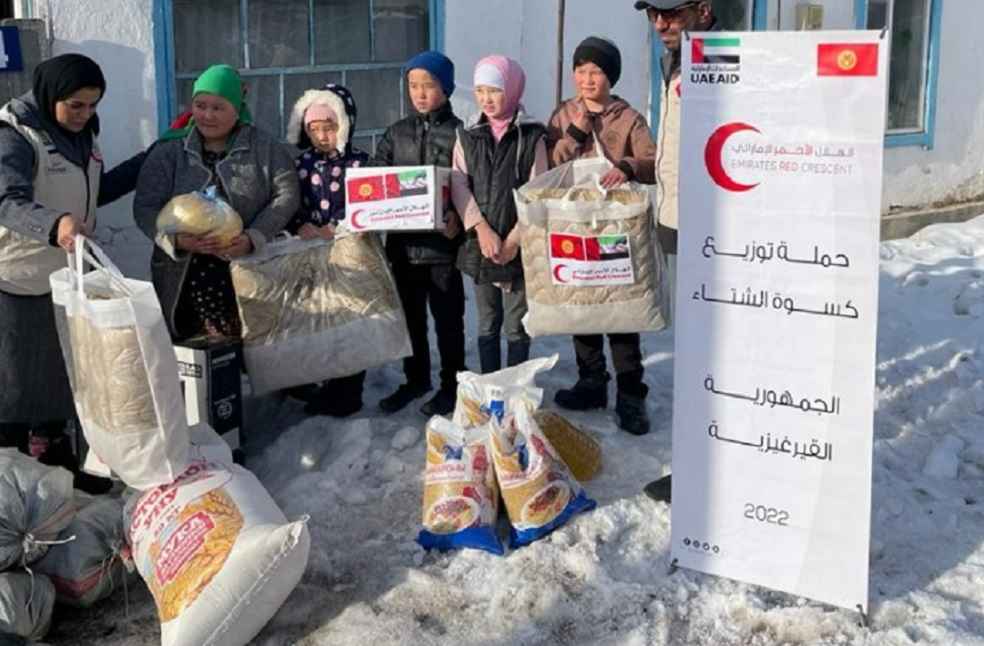 Amman, Jordan: The UAE-based philanthropic organization Emirates Red Crescent (ERC) has stepped up its humanitarian efforts and relief programs to curb the impact caused by severe cold and bad weather conditions on the lives of the affected and refugees in Jordan.

The ERC Team stationed at Jordan oversaw the distribution of assistance to the affected Jordanians and the Syrian refugees in the Emirati-Jordanian Mrajeeb Al Fhood Camp and other camps in Jordan. Aids were also distributed outside camps to relatives or those hosted by Jordanian families.

ERC has allocated a large amount of aid to vulnerable segments, people of determination, the elderly and children, to protect them from the low temperatures and severe cold and limit the outbreak of winter diseases.

In cooperation with the Emirati-Jordanian Mrajeeb Al Fhood Camp management, the ERC delegation moves daily relief convoys to the Jordanian neighborhoods and refugee camps on the Syrian-Jordanian border to secure the refugees’ needs for food, clothing and shelter.

The delegation is undertaking various other humanitarian tasks, foremost of which is to inspect the conditions of the affected and refugees, identify their needs and respond promptly.

The ERC Secretary-General further added the organization has strengthened its programs to support the targeted segments in various Jordanian cities and regions since the beginning of the winter.

Mr. Al Falahi indicated that the Emirati philanthropic organization’s strategy is to support the Syrians and strengthen the efforts of Jordan in alleviating the suffering of refugees, improving their humanitarian conditions and supporting initiatives that provide greater care for them in various health, educational, social and living fields.