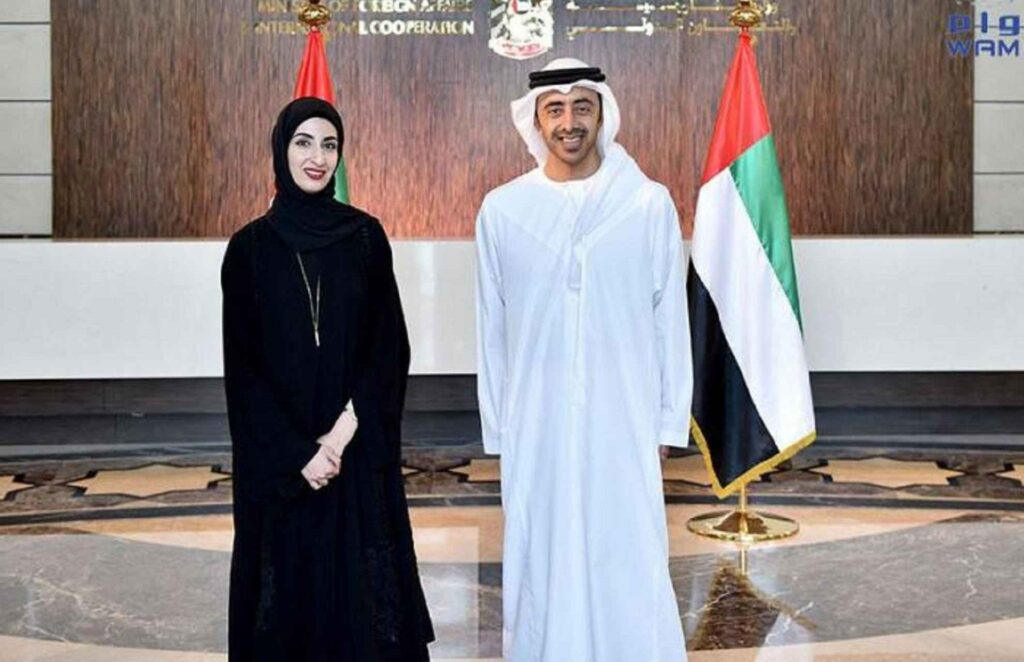 For the Emiratis, traditional attire is a mark of culture and honor. It is deeply rooted in their religion and culture. It is hard to find an Emirati wearing western clothes when they are in the UAE as they take great pride in their clothing culture.

Further, it suits well with the UAE’s hot climate, providing excellent protection from the scorching sun and heat. The traditional dress of the UAE can be traced back to the Bedouin culture, which prevailed in the Arabian Peninsula.

A Dishdasha or Kandura is a long, single robe worn by Emirati males. This is also known as a Thawb in Saudi Arabia. This tends to be white as this is the coolest color to wear in the desert heat, but in the winter, brown, black, or grey are more common. 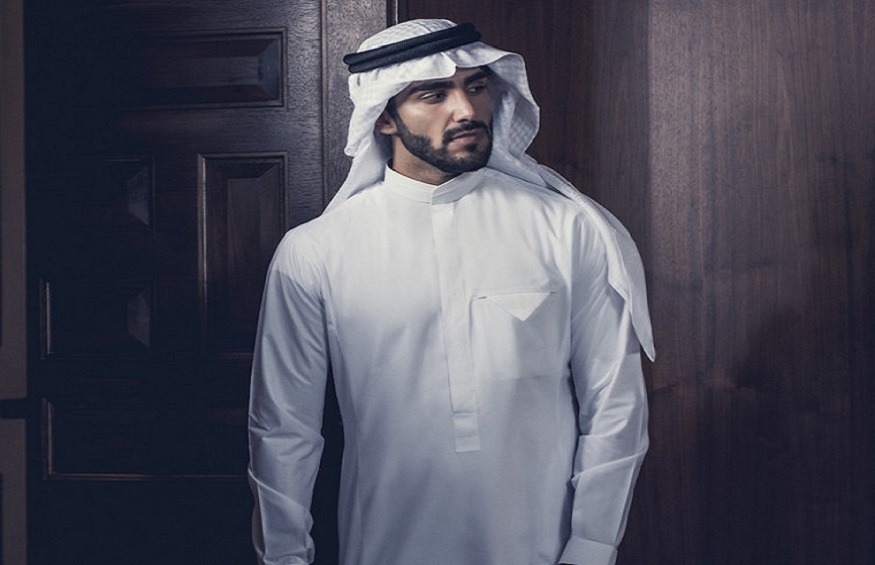 Men might have up to 50 Kanduras, and change them regularly during the day to maintain a new look. The Emirati version is collarless and features modest embroidery on the sleeves, which distinguishes it from clothing worn in Saudi Arabia and Kuwait.

A cotton Ghutrah headgear is worn with the Kandura. These were traditionally used to keep the head and face protected from the sand and heat of the desert.

A Shemagh is similar to a Ghutrah, except it is fashioned of thicker material and is ornamented with white and red checks. Although this design originated in Saudi Arabia, many younger Emirati men now favor the more colorful headdresses. 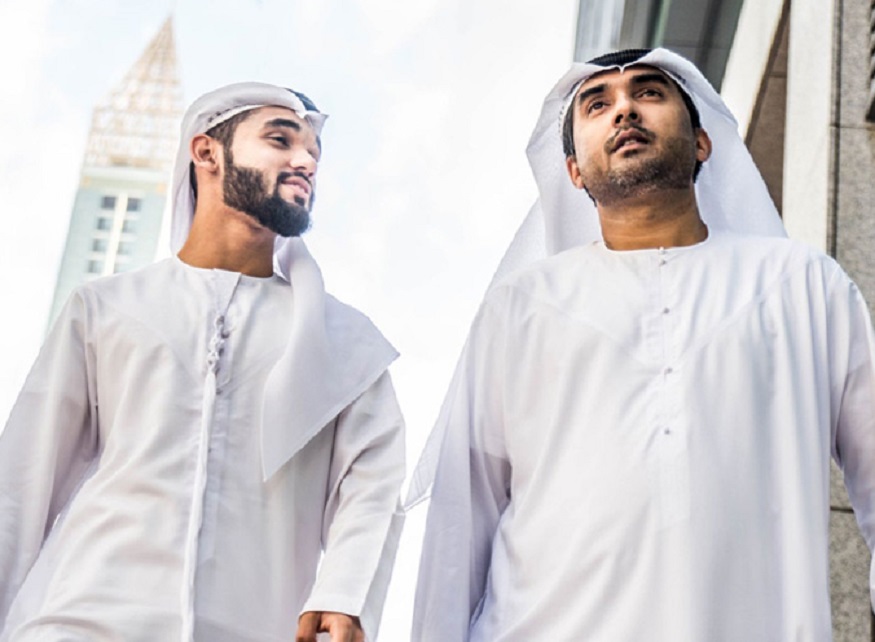 Furthermore, an agal, a black rope once used to tie a camel’s feet together at night, is used to secure this on ceremonial occasions.

Emirati males wear a Ghafiya underneath their headpiece, which is akin to a Muslim prayer cap and is highly embroidered but hidden from view. The Faneela, a white vest worn beneath the Kandura, and the Woozar, a waist-tied undergarment, are two more traditional garments.

Emirati males may also wear the Bisht, a dark-colored cloak worn over the Kandora, at festivals, notable dates, and in the presence of someone important. 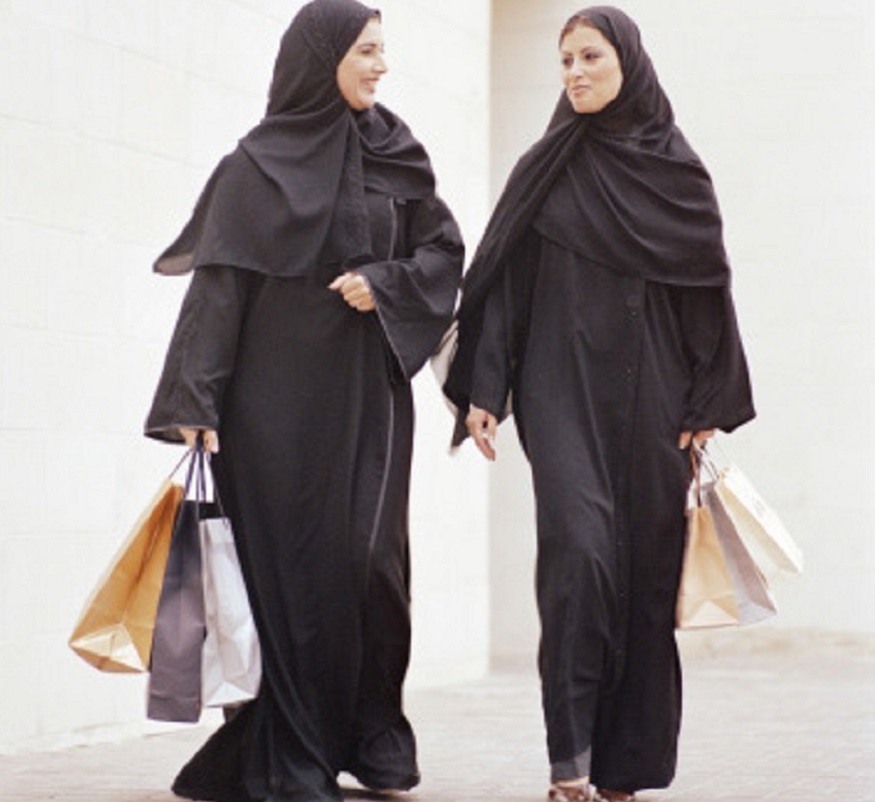 Emirati ladies wear a long flowing gown in black, in contrast to the lighter colors worn by men. This is called the Abaya and is worn over everyday clothes. It covers the entire body except for the feet, face, and hands and is worn throughout the Islamic world. It’s normally designed of crepe or cotton, but more modern versions can be lavishly embroidered, designer, or quite costly.

Women, like men, choose to cover their heads following religious tradition. A Shayla, a light scarf that covers the hair, and a Gishwa, a thin veil that covers the face but allows the user to see through, are two examples of headdresses known as Hijab. Another option is a Niqab, which completely covers the face with an opening for the eyes. 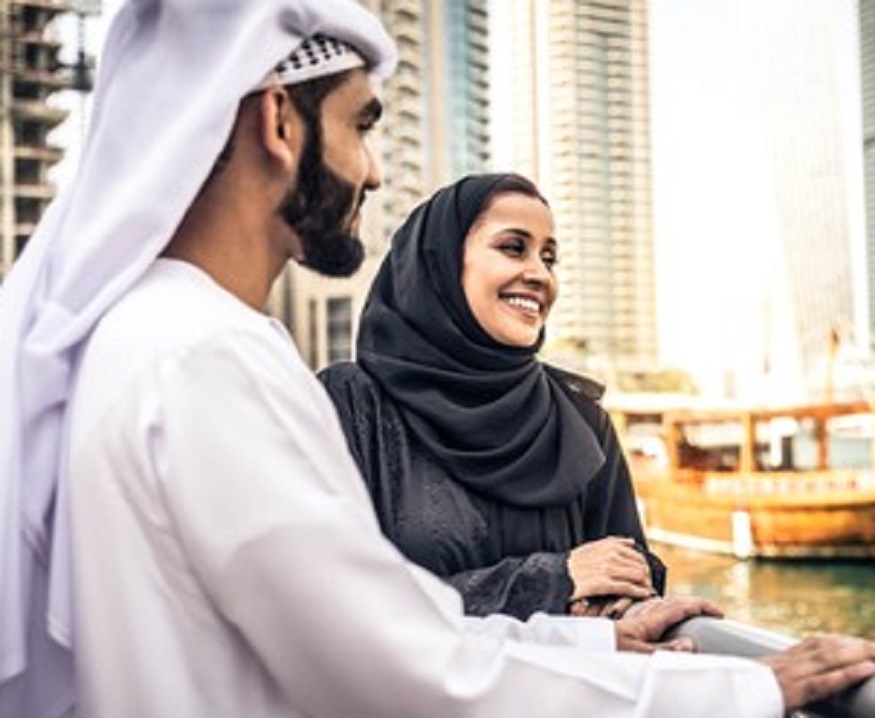 Finally, the Gulf burqa is a mask that covers a woman’s brows, nose, and upper lip and is worn to protect her face from heat and dust. They are rarely worn by younger ladies nowadays, though they are occasionally seen at weddings.

Emirati ladies place a high value on henna. Henna body art, which was originally worn by brides to bring good luck, is now commonly used to paint a woman’s hands and feet for other important events, such as religious holidays.