The deal would make it easier to share expertise in urban planning and examine the viability of joint venture projects. 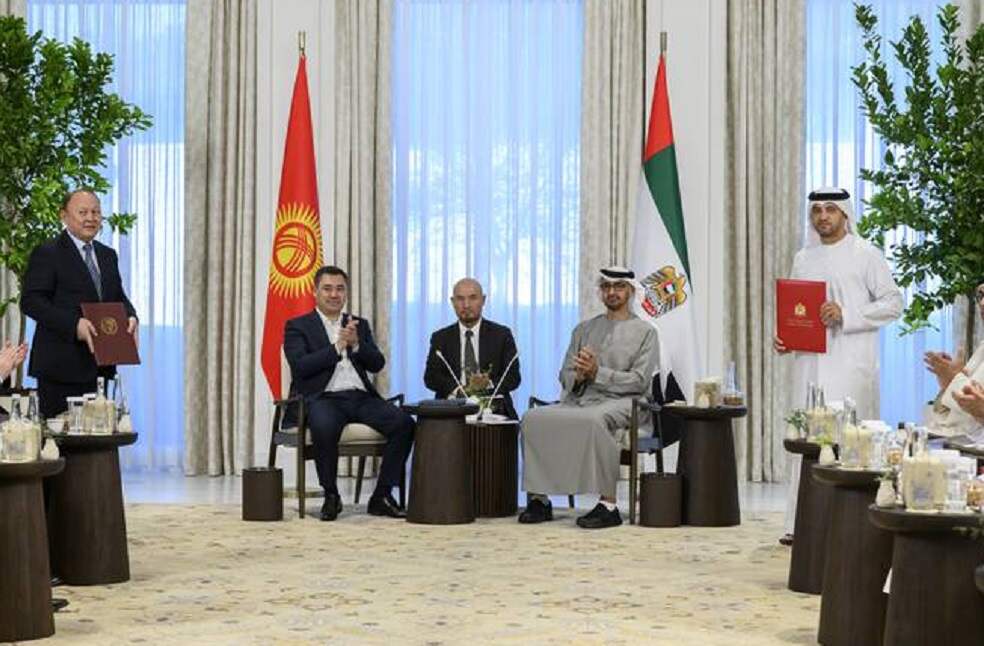 Mr. Falah Al Ahbabi, Chairman of the Department of Municipalities and Transport, and Emilbek Abdykadyrov, Mayor of Bishkek City signed the contract in the presence of the UAE President, Sheikh Mohamed bin Zayed Al Nahyan, and the President of the Kyrgyz Republic, Mr. Sadyr Japarov.

The two capital cities will facilitate reciprocal exchange between delegates and representatives of the business community as part of the city twinning pact to strengthen trade, economic, scientific, cultural, sporting, and other relations.

Additionally, the deal would make it easier to share expertise in urban planning and examine the viability of joint venture projects.

“The agreement will be a helpful tool for promoting cross-cultural exchanges between Abu Dhabi and Bishkek in the fields of culture, sports, and tourism.” Mr Al Ahbabi concluded.

The two sides reaffirmed their shared interest in strengthening their recent significant expansion and development in bilateral relations.

In the ceremony, in recognition of the late Sheikh Zayed Bin Sultan Al Nahyan’s humanitarian values and contributions, as well as his significant role in fostering friendship and cooperation between the UAE and Kyrgyzstan, President Japarov announced plans to rename a mountain peak in the Kyrgyz Republic in his honor.