The UAE’s national airline and title sponsor, Etihad Airways, will join forces with aerobatic team Al Fursan to wow the crowds as the excitement revs up for the finale in the Formula 1 racing calendar. 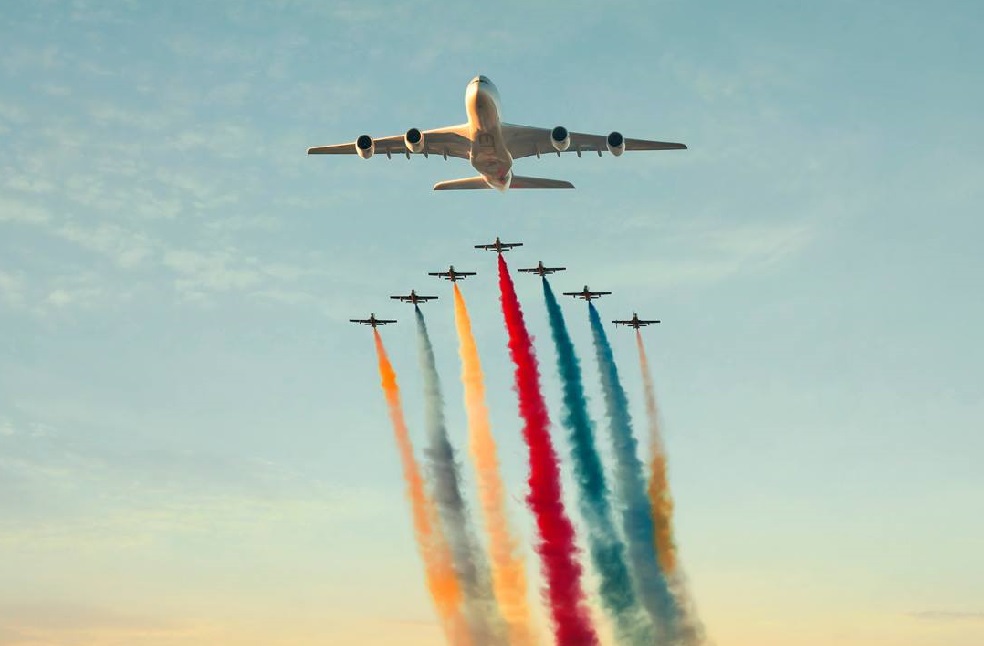 Abu Dhabi: The 14th annual Formula 1 Etihad Airways Abu Dhabi Grand Prix will get started with the traditional flyover across the start line on November 20th at Yas Marina Circuit. The national airline of the UAE and the race’s title sponsor, Etihad Airways, will pair up with the aerobatic team Al Fursan to dazzle viewers as anticipation for the season-ending Formula 1 race rises.

The Etihad and Al Fursan fly past offer a special experience and extra entertainment to the Grand Prix weekend’s already jam-packed schedule. The aerial display makes Abu Dhabi a remarkable event, that will be enjoyed live by more than 85,000 fans at Yas Marina Circuit with millions of people watching online.

The Emirati Captain Mr. Mohammed Al Tamimi will command EY9110, an Etihad Airways flight, as it flies just 600 feet above the famed racetrack’s home straight. Seven planes from the UAE’s Al Fursan aerobatic team will be positioned on either side of the Boeing 787-9 aircraft, which has a custom Formula 1-themed livery.

The coordinated flight of the stunt planes will leave behind smoke trails that are the colours of the UAE’s flag: red, green, and black. They will perform a DNA manoeuvre, named as it represents the pattern of the DNA molecular structure in the sky.

It is important to schedule the fly-past precisely because it must occur right before the race starts after the UAE’s national song has ended. The Etihad Captain Mr. Mimmo Catalano, who is in charge of precise timing, must evaluate the wind and weather conditions for the day to guarantee they arrive on time.

Visitors of all ages will find plenty of fun at the Etihad Airways activation at the main grandstand, which is also open to racegoers. Adults will be able to experience flying in the flight simulators and get the same thrills as Captain Mr. Al Tamimi and his crew.