The Bike Abu Dhabi Festival organized by the Abu Dhabi Sports Council, attracts 300 of the world's best urban cyclists from around the globe to Abu Dhabi. 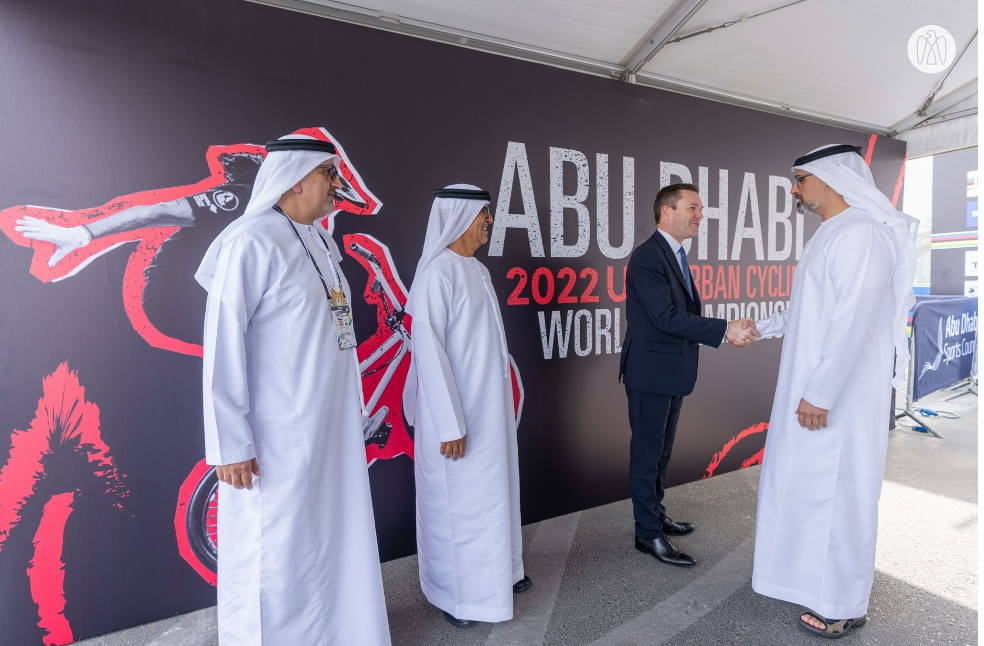 His Highness was accompanied by Mr. Aref Hamad Al Awani, the Secretary General of the Abu Dhabi Sports Council, and  Dr. Mugheer Khamis Al Khaili, the Chairman of the Department of Community Development.

On November 12th, the emirate will play host to two major cycling events: the UCI Urban Cycling World Championship and the Abu Dhabi Gran Fondo, in which 500 amateur cyclists will ride 150 KM from Abu Dhabi to Al Ain for a total of $544,516 (AED 2 million) in prize money.

The festival is the latest project to come out of the Bike Abu Dhabi platform, which Sheikh Khaled set up in November 2021 to help the emirate reach its long-term goal of becoming a major cycling destination on a global scale.

Under the platform, the emirate will experience significant infrastructure improvements, including the expansion of the 300 KM cycling network to more than 1,000 KM and the construction of the 109 KM Abu Dhabi Loop, a segregated bike path connecting key locations around the city. These changes will make it easier for people to get around and encourage them to live healthy lives and use safe, sustainable transportation.

Also, there are plans to build the Velodrome Hudayriyat, which would be a track racing facility with a 3,500-square-meter capacity that could host more high-level local and international cycling competitions.

Since Bike Abu Dhabi started, more infrastructure has been built on Hudayriyat Island. This includes the headquarters of the Abu Dhabi Cycling Club, which continues to promote cycling and host races at all levels, as well as Wolfi’s Bike Shop and Colnago, two major bike suppliers.

The UCI awarded the emirate the prestigious “Bike City Label” in 2021 in honor of Abu Dhabi’s efforts to promote cycling and increase its cycling infrastructure and activities. This coincided with the debut of the Bike Abu Dhabi platform.