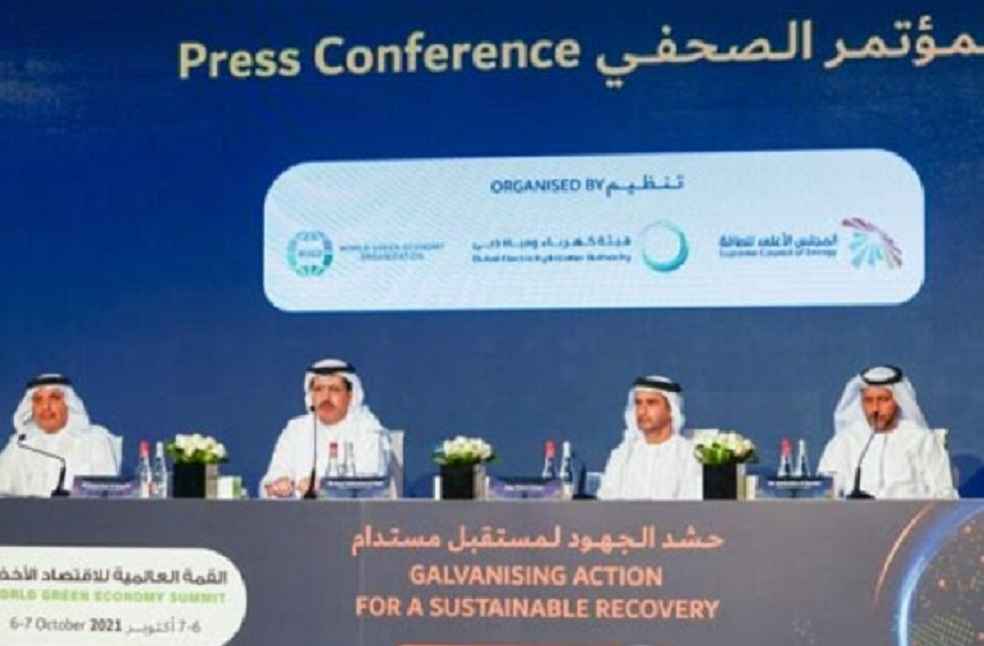 The hybrid event, held both in-person and virtually, will offer immense opportunities to a largest number of global participants to take part in the summit. WGES is currently scheduled to happen on the 6th and 7th of October at the Dubai Exhibition Centre, Expo 2020 Dubai.

With the theme of “Galvanizing Action for a Sustainable Recovery”, the event will witness participations from high-profile speakers, including heads of governments, ministers, decision-makers, CEOs, along with senior officials from the government, private sector and NGOs.

The focus of their interaction will be to advance the green economy and enhance cooperation in innovation, technology and green finance to support sustainable development efforts and promote partnerships between government and private sectors, in line with the UN Sustainable Development Goals (SDGs), within four main themes; Youth, Innovation and New/Smart Technologies, Green Economy and Policies, and Green Finance.

The high-profile speakers who will take stage during the event include but are not limited to;