NBA games and programming is expected to reach fans in 11 countries across the Middle East during the 2021-22 NBA season. 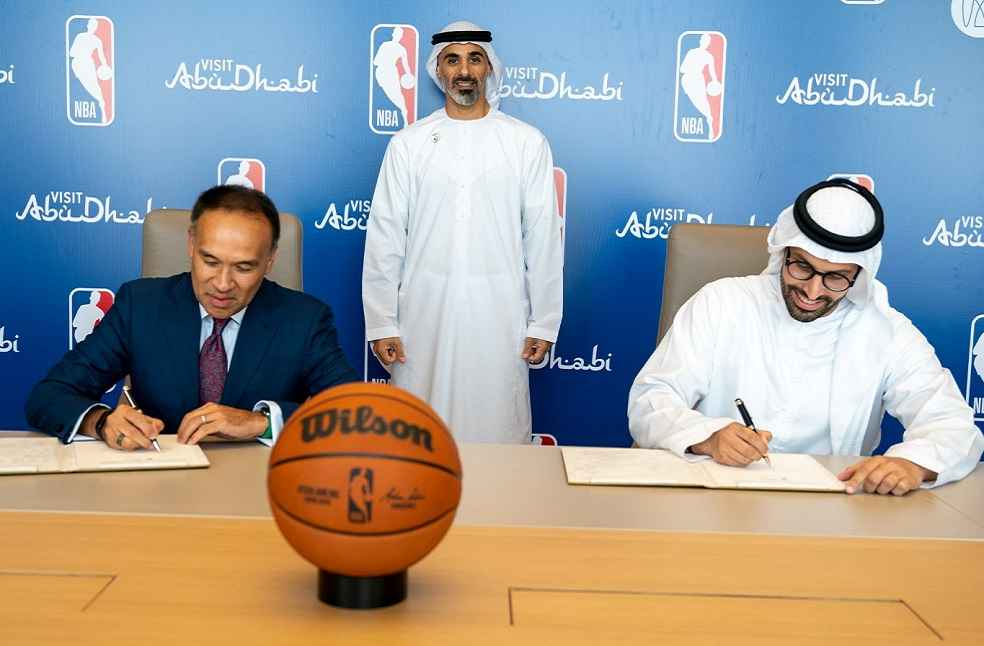 Abu Dhabi: Residents of the UAE will soon have the taste of the world’s best basketball players battling it out in the country as the Department of Culture and Tourism – Abu Dhabi (DCT Abu Dhabi) successfully closed a groundbreaking multiyear partnership with the North American professional basketball league, National Basketball Association (NBA) to host NBA games in the country.

As per the agreement, Abu Dhabi will become the Official Tourism Destination Partner of the NBA in China, Europe, the Middle East and North Africa. The capital city will also host preseason NBA games beginning with two games in October 2022, making it a first in the Arabian Gulf.

The participating teams and host venue are expected to be announced at a later date.

Apart from the high-profile games, the association will extend to include a variety of interactive fan events featuring appearances by current and former NBA players, the launch of Jr. NBA Leagues for boys and girls at schools across the UAE fostering teamwork and inclusion, a series of NBA Fit Clinics promoting health and wellness, and an NBA 2K League exhibition event.

Mr. Al Mubarak further added that, “As we celebrate the NBA’s 75th Anniversary Season, partnering with DCT Abu Dhabi to bring the first NBA and NBA 2K League games and events to the UAE marks an important milestone in basketball’s continued global growth,” said NBA Deputy Commissioner and Chief Operating Officer Mark Tatum. “Abu Dhabi is a vibrant multicultural hub with a demonstrated track record of hosting world-class sporting events, and this partnership will not only bring the live NBA and NBA 2K League experience to fans in the Middle East, but it will also create opportunities for boys and girls to learn the fundamentals and core values of the game through a variety of grassroots programming and fan events.”

NBA games and programming is expected to reach fans in 11 countries across the Middle East during the 2021-22 NBA season. Middle Eastern fans will be able to access extensive video highlights, news, stats, scores and original digital content in Arabic on the NBA’s official online destination.